After the New Year, the livestock market can be described as an icy phenomenon. On the one hand, the price of pigs has fallen to freezing point. The current average price of 1.79 U.S. dollars per kilogram has fallen by nearly 20% compared with that before the new year. More domestic production areas have fallen below the cost line, and the loss rate in the northern region has decreased. Increase. The other side is rising raw materials and feeds, of which the average price of corn is 297.74 US dollars / ton, up about 2% from the previous year. There is also a warmer area between the ice and the fire, which is the amino acid product. The rising corn prices make the cost of lysine and threonine supported, and the increase in soybean meal is conducive to the additional addition of amino acids. Although the demand is not good, some lysine and The slight increase in price by methionine manufacturers helped the market to recover. Market attention increased and turnover improved. Threonine rebounded from a low level. The methionine and lysine markets rose slightly by 16-30 USD/ton, and they were stable and strong. 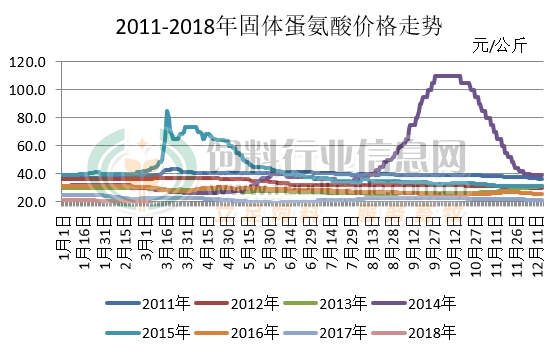